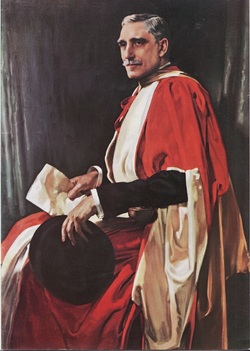 Dr Sebastian Z de Ferranti
Sebastian was born 1864 in Liverpool, England, the only son of Cesar and Juliana Z de Ferranti
He was a remarkable man, once referred to as England's  Thomas Edison. He was involved in the early days of electricity, in its production and transmission. His genius was to see that electricity could be made on a big scale in one place and then distributed to all those who needed it - far and wide. To make this work he invented
- the power station
- cables to carry high voltage electricity
- the transformer to reduce the voltage for use
- the voltmeter to measure use
He also had many other inventions being unable to use anything without seeing a way to improve it.
In 1888 he married Gertrude Ruth Ince from London