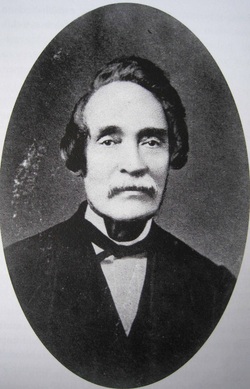 His father Giovanni Battista was the son of Marco Felice.
Marco's mother died in 1803 when Marco was  less than 2 years old.

They were turbulent times, Napoleon invaded Bologna in 1796 taking it from its previous ruler - The Vatican.

Rough Translation
Marco Aurelio Felice Filippo Maria ?Pietro son of Citizen Giovanni Battista Zani and Citizen Maria
Franzaroli his wife born this night hour  pm  parish of S Salvatore. Baptised
as godparents Citizen Luigi Bechitti and Citizen Dominica Bacciali,
and as representative Anna Rosi Vid Schinviri
In 1803 when Marco was not yet 2 year's old, his mother died and his father had to leave Italy.
It is only recently that the real story has been discovered.

Marco , in the absence of his father , was presumably brought up by a grandmother
The house in Via Cesare Battista was sold.
When old enough, he was sent away to school in Lucca in Tuscany
He first learnt the violin and was said to show great talent
He then went to hear Paganini play the guitar and determined that he would learn to play like him, starting guitar lessons immediately.
Then, later,  in his teens, he went to visit his father in Paris and decided that the guitar would definitely be a better instrument for him. It was perhaps easier to excel at and perhaps had greater 'pulling power'. The same reasons that still resonate with today's young males.

At age 19, Marco decided he was good enough at the guitar  - and went to Paris - to begin his career as a concert guitarist and composer.

Marco was involved in underground politics for many years. He supported the formation of a unified free state of Italy - the Risorgimento. This frequently got him into trouble.

At one point he was put on trial in Russia and sentenced to banishment in Siberia. Thanks to last minute intervention, he was saved and smuggled over the border into Scandinavia.
For a while he was persona non-grata in most European countries.
Getting married at that time, was very convenient, in that it gave him the right to live in the Netherlands

He married one of his music students, Trinette Julie van Bever, in 1830 in Brussels City Hall
He called her - Julie. She was the daughter of a merchant of paintings originally from Geel near Antwerp.
They had
1. Cesar  - Giulio Cesare Zani de Ferranti 1831
2. Georges - Orazio Giorgio Zani de Ferranti 1834

3.  Jules - 1840 (who may have been illegitimate and by another woman. Nothing is known about him except a birth certificate found by Marc van de Cruys)

During the revolt of 1830, in Brussels, in which the Belgians fought for independence from Holland, Marco sided with the Belgians. In 1831 this was granted, shortly followed by similar events in France, when Charles the 10th was overthrown. Marco was then again able to enter most European countries and Cesar was born in Paris.

Marco needed to settle down a bit and provide for this family.  In 1834  he was appointed to the Royal Conservatoire of Brussels as Professor - in Italian. Later in that year he was appointed 'Guitarist to the King '  -  by King Leopold of Saxe-Coburg. He also continued to compose, tour and perform.

Sadly his wife Trinette Julia became mentally ill  and in about 1849 was taken into a home in Geel  (her native town) where she died in 1851.

Marco, like many modern day rock stars, was a womaniser and had numerous affairs.
In 1855 aged 54, he married  again - another music student, 20 year old Euphemie Whittman
(an accomplished pianist and alto) in Bologna.
They had a child, also called Euphemie, in 1855 (who must have died young)
This second wife died a year later in 1856 and Marco was devastated.

Marco did have a sort of rock star existence for many years. Going from place to place, giving concerts all over Europe. He even  went to America, successfully introducing classical guitar to the Americans. He liked to live the high life and seemed to be always penniless and begging money from rich people he purported to know. His son Cesar received many letters from him, very often asking for money.
In his later years, he wrote in his letters of the pleasure he got from his grandchildren and a regret that he had  not had more time with his own children when they were young.
He died alone in Pisa where he went to escape the colder northern climate.

Marco Aurelio called himself  - Zani de Ferranti
Sometimes he just called himself  - Ferranti
Terz Guitar
Dr James Buckland has recorded a CD (10$ plus shipping)
"Sonatas and Fantasies for Guitar"
He starts with the Fantasy Op. 7 By Zani de Ferranti - performed as written for terz guitar.
Click here to see more
The terz guitar was a bit smaller than normal and tuned to a higher pitch (a minor 3rd higher, i.e.: "Third" = "Terz").  Mostly, it was used for ensemble works, but Zani de Ferranti wrote that one solo specifically indicating terz guitar.
Dr Buckland has performed a lot of Feranti's music, including his music for guitar tuned to E major. These works are extraordinarily difficult as they are not only technically challenging, but require the performer to relearn much of the fingerboard and adapt to an entirely different set of instincts.  He was the only composer to do this, at least to that level of sophistication.
it is Dr Buckland's plan to record an all Zani de Ferranti CD sometime in the future
Dr. James Buckland - Professor of Guitar Studies
Department of Music
Presbyterian College
Clinton, SC
jpbucklan@presby.edu
His life - in much more detail - can be read in 2 excellent books

The Kings Guitarist by Marc Van de Cruys
http://users.telenet.be/homunculus/Marco%20Aurelio%20Zani%20de%20Ferranti.html
To buy a copy contact Marc at the link below
homunculus@yucom.be