Descent from the Doges of Venice 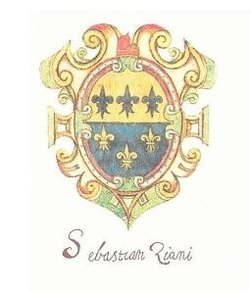 
Giovanni Battista claimed descent (in 1851) as mentioned above.
His son Marco Aurelio probably believed his father's story
His grandson Cesar believed the story so much that he changed his name from Zani to Ziani
His other grandson Georges (whose descendants went to The New World) did not change his name

The first evidence that the name had been changed was in 1875 when young Sebastian (age 11) signed his name in a letter as Ziani. Then in 1876 his mother also refers to him as Ziani.
However in 1881, when Cesar and Julian got married to each other for a second time, Cesar called himself Zani
When Sebastian married Gertrude in 1888 he called himself Ziani
Cesar also changed his name eventually, as evidenced by his death certificate of 1903.

Sebastian hired a Venetian researcher called Negri. He made 2 reports  in 1903.
He carefully did not say that there was a direct family link to The Doges of Venice.
In June 1903 he said
"Although this branch of the Zani family came from Tuscany (Florence) the celebrated writer Abbot Gamurrini, who is recognised as the most authoritative writer on this question, states that this is no reason for doubting that the first descendance was from the Illustrious Venetian family

There is no mention of Doges and he uses the name Zani.

I believe that over the years, knowledge that the Zani family of Bologna shared ancestry/heritage with the Zani family of Venice, become exaggerated and confused (as so often happens), to become the story that Giovanni Battista told his son in 1855

Below shows part of what Negri wrote

The below is in the archive 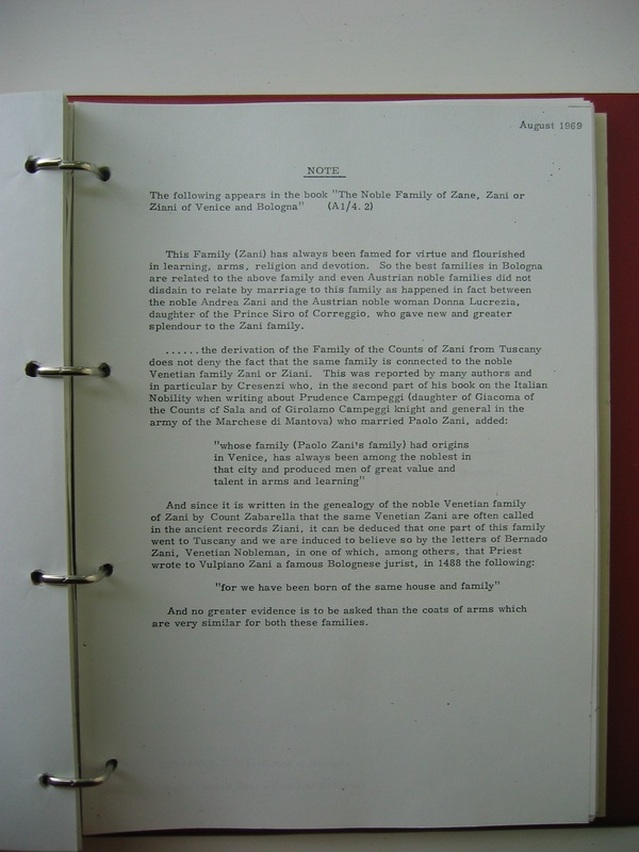 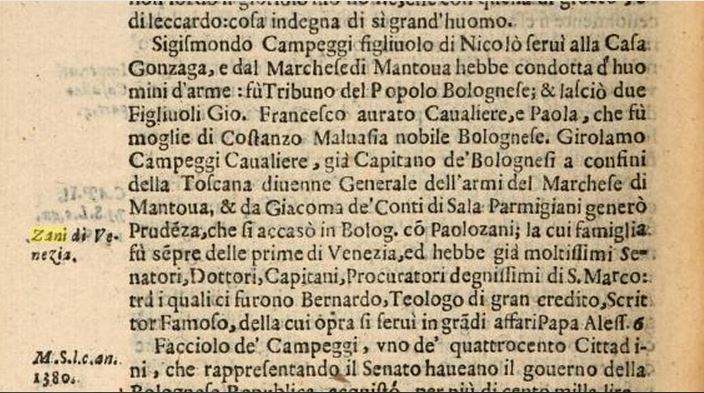 Extract from Cescenzi'z book from which the above comes

An extract from Fantuzzi's book.