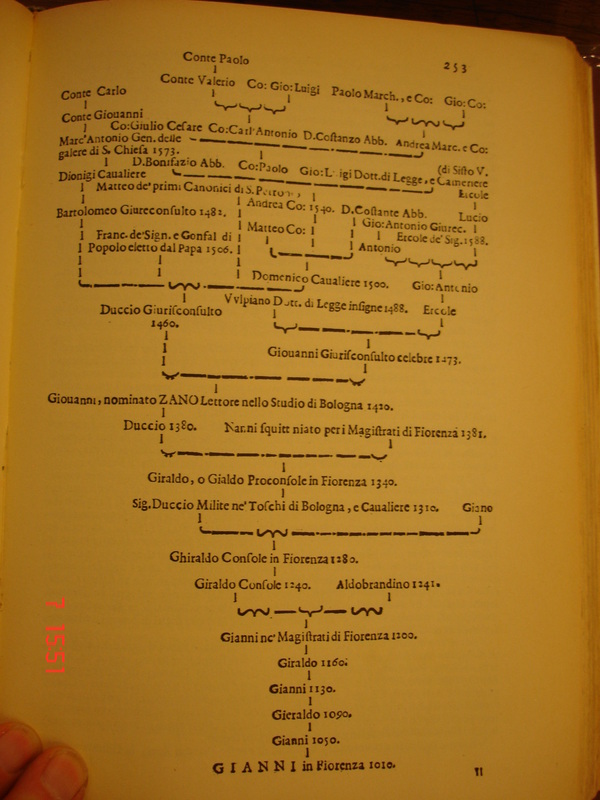 Book by Gamurrini (17th century genealogist) Tree of the Zani family of Bologna Found in a library in Florence
It has recently been discovered by NHG that according to Gamurrini the 17th Century genealogist, who made the above tree, Count Andrea & Lucrezia da Corregio had 2 children - Paolo and Giovanni, who both died in childhood. Our family cannot be descended from them as told by Negri.
Our research this year 2013, has found that we connect to Ercole the son of of Giovanni Antonio. Shown in the above diagram on the far right hand side 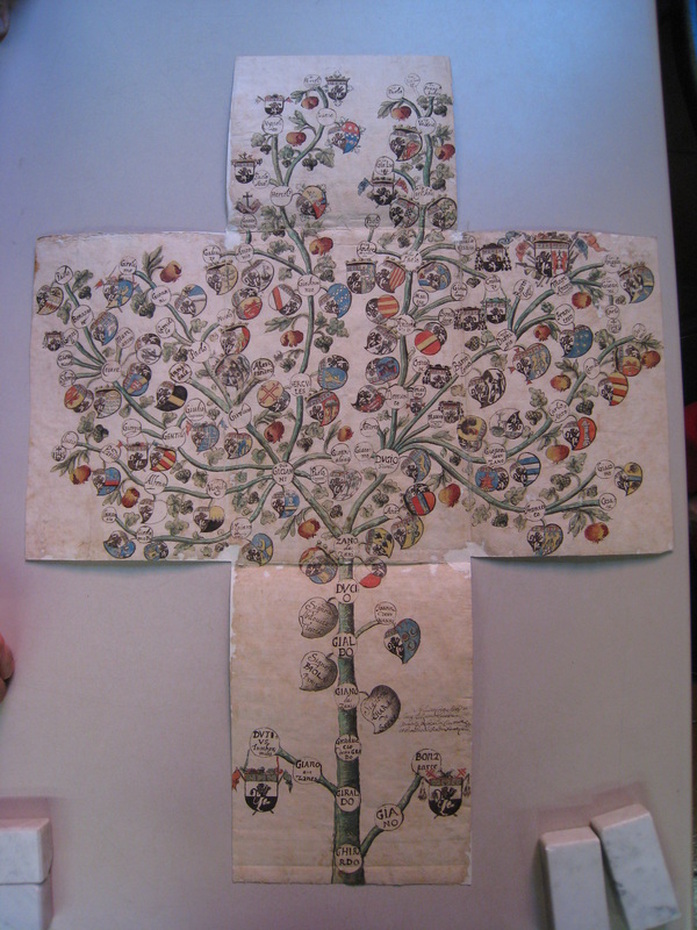 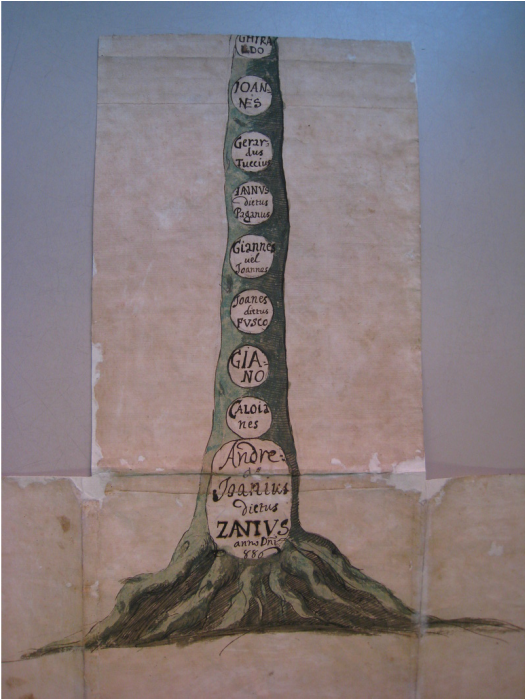 Zani Tree by Silvio Costa reverse side
This tree was found recently (November 2013) in The Archivio di  Stato (The State Archive) in Bologna. It was in a notary box labelled Silvio Costa.
We think Silvio Costa must have been some sort of special legal writer / illustrator.
There was also a book - a diary (1666-1679) - with meticulous details of his work. The diary is in Italian which we do not speak. However we recognised many pages in which he had recorded information necessary for making the tree.
The tree was most likely commissioned by -
Count Ercole Zani , - A well known Traveler (b. Bologna, 1634 - d. 1684 ), he traveled extensively through Europe and was in Russia ( 1671 - 72). He left a book about his experiences still available to read on the internet
His grandfather - Ercole Zani - (also the ancestor of Marco Aurelio Zani de Ferranti) - had two marriages.
His 1st marriage to Ippolyta Landini produced the line from which Marco Aurelio is descended
His 2nd marriage to Paola Beroaldi produced Lucio and then Count Ercole.
Initially we wondered why Count Ercole chose to exclude his step grandmother and her children from this tree ie Marco Aurelio's branch of the family.
We now think we understand
Count Ercole was invited to become a Knight of the Holy Orders of S. Maurizio and S. Lazaro.
In order to do this he had to prove the nobility of his four grandparents. Silvio Costa's job was to do this for him - hence the above tree showing his noble Zani ancestors. There would have been no need to show our part of the family.