More has recently been discovered about this family.
This was because their Notary records where found in the old University Library in Bologna
We knew that three generations of the family had been notaries and it was wonderful to find that careful records had been kept on each of them


Notaries were magistrates and experts in law and business
Bologna was at that time the legal centre of Europe. It was reknowned for the expertise of it's legal professionals.

Each Notary had a seal - a stamp - which was put on every legal document that he dealt with.

"Zani Giovanni Battista of Filippo, notary of Bologna, from 1719 to 1746 has as a seal with a small shield in the form of an upside down pyre framed by two crossed poles and knotted by a strip with the initials  I.B.Z.N.  Above this, there is a feathered helmet crossed by a strip with the motto Fortif ut leo (Fortify yourself to be as strong as a lion). Inside the shield, there are three lilies facing the observer and a lion rampant looking left with its front part in black. The background of the lion is in silver. The rest of the shield is silver with a black background". 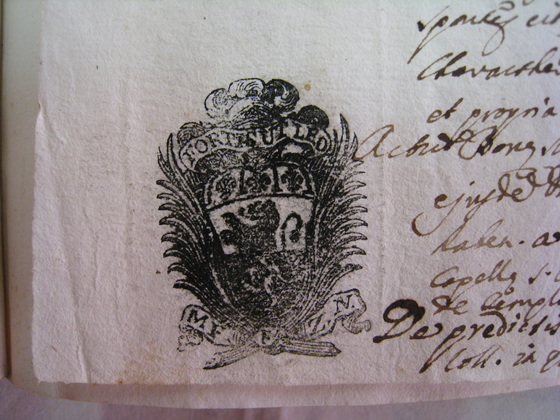 Above is the stamp used by Marco Felice Zani. (MF ZN)
His father used the same one but with his own initials.  IB ZN (Iohanus Battista Zani)

A Notary could make his own Seal, but most used the family crest as the base and then personalised it in some way
This is what Giovani Battista senior did - the crest is that of  Zani in Bologna

Below -is the relevant page from the book of Bologna family crests in The Old University Library of Bologna.
The page shown is for the Noble families of Bologna .
There is also a page for Citizens of Bologna, however there was no Zani listed in that section, only Zanini - see also below
There seems to be little difference between the two, other than different colours for the shield behind the lion 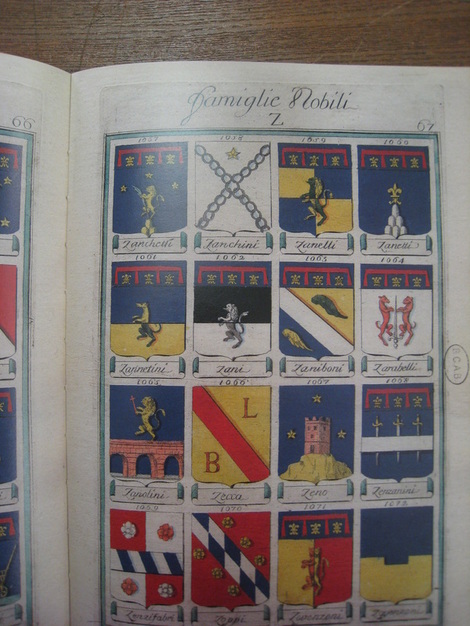 The Nobles of Bologna 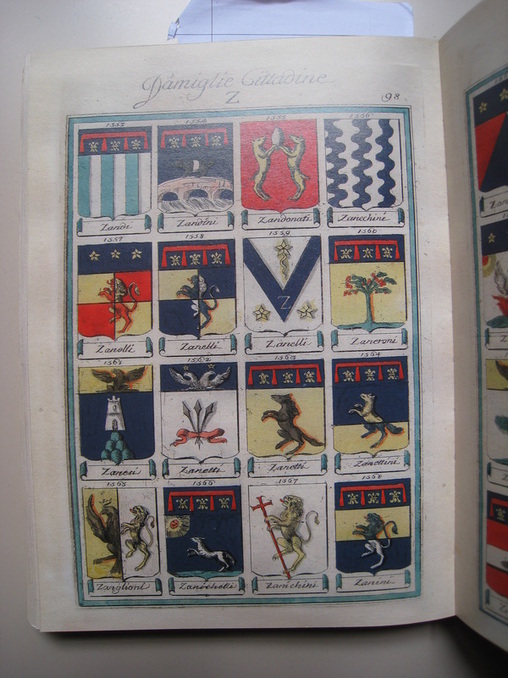 The Citizens of Bologna