Marco Aurelio Zani de Ferranti 1801-1878
and his ancestors and descendants. 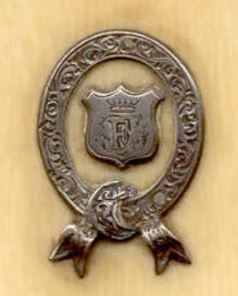 Marco Aurelio was considered by a number of eminent musicians, like Berlioz, Paganini, Rossini, Fetis and many others as the greatest guitar virtuoso of his time.
He was even appointed -
"Honourary Guitarist to the King of the Belgians"

A free thinking Italian Risorgimento man, his music is still played and is still available on the internet.

He has many many descendants all over the world.
This website is mainly for them, to learn more about their ancestors. However it is also for anyone interested in
Marco Aurelio Zani de Ferranti

It is possible to track back in time from Marco Aurelio.
The tree of ancestors  shown on this site is work in progress.
Below is what Paganini wrote after hearing Ferranti play in 1834 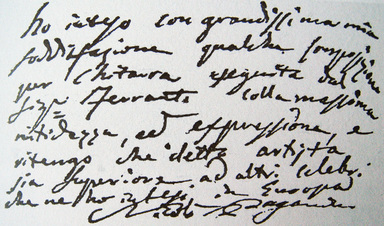 Translated it reads
I have heard to my great satisfaction compositions for the guitar executed by Signor Ferranti with the greatest clarity and expression and I affirm that the said artist is superior to all other celebrities (of the kind) I have heard in Europe.
Niccolo Paganini 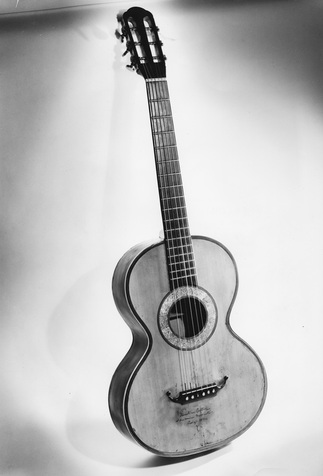 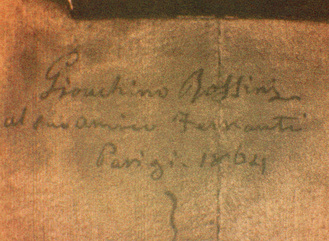 Above is the inscription by Gioachino Rossini to Ferranti