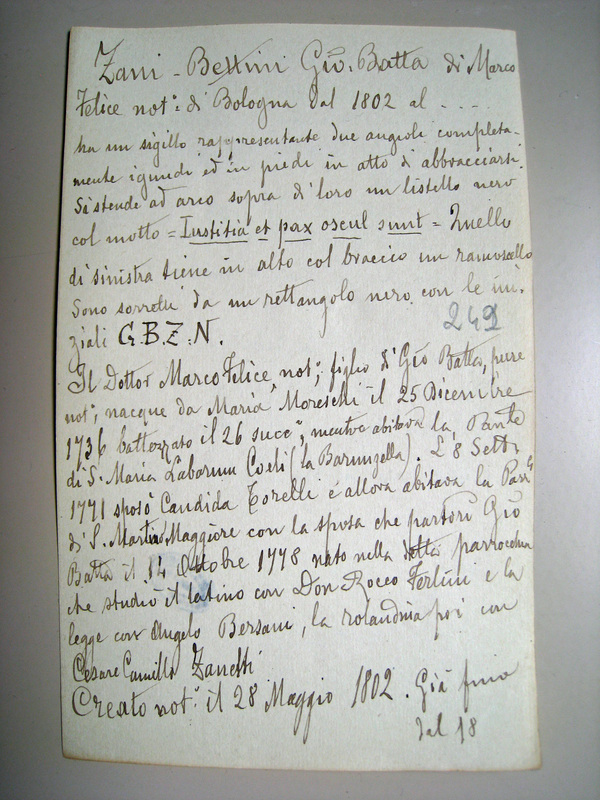 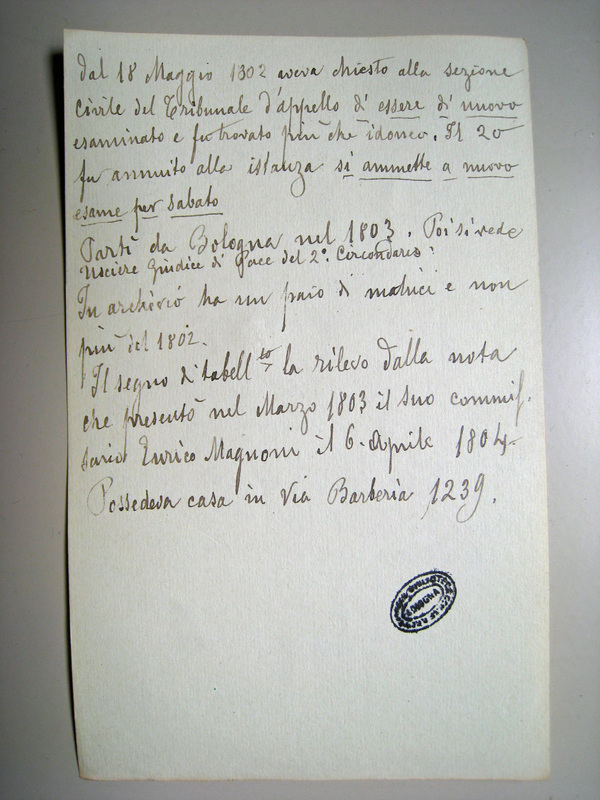 Zani–Bettini Giovanni Battista of Marco Felice notary  of Bologna from 1802 to ….

He has a seal representing two angels completely naked. They are standing in a position in the act
of an embrace. Above them is a black strip in the form of an arch with the motto: Iustitia et pax oscul sunt (Justice and Peace kiss each other). The left angel holds up in one hand a small branch. They are standing on a black rectangle with the initials G.B.Z.N.

Doctor Marco Felice, notary, son of Giovanni Battista, also notary, was born from Maria Moreschi the 25 December 1736, baptized the following 26 while living at the Parish of Santa Maria Laborum Coeli (la Baroncella). On September 8, 1771, he married Candida Torelli and then went to live in the Parish of San Martino Maggiore with his wife who gave birth to Giovanni Battista on October 14, 1778. (Giovanni Battista) was born in this Parish and studied Latin with Don Rocco Ferlini, Law with Angelo Bersani, and Rolandina (technical formulation of legal acts) with Cesare Camillo Zanetti.

He became notary on May 28, 1802.  Since May 18, 1802, he asked the civil section of the court of appeal to give the exam again and was judged eligible. May 20, it was written on his request that he would be admitted to sustain the exam on Saturday.

In 1803, he left Bologna. He became usher Justice of the Peace of the second district. In the archives, he has a couple of seals(?) and nothing else since 1802.

The sign of ….? is revealed by the note that Enrico Magnoni, his examiner, presented in March 1803. He had a house in Via Barberia 1239.