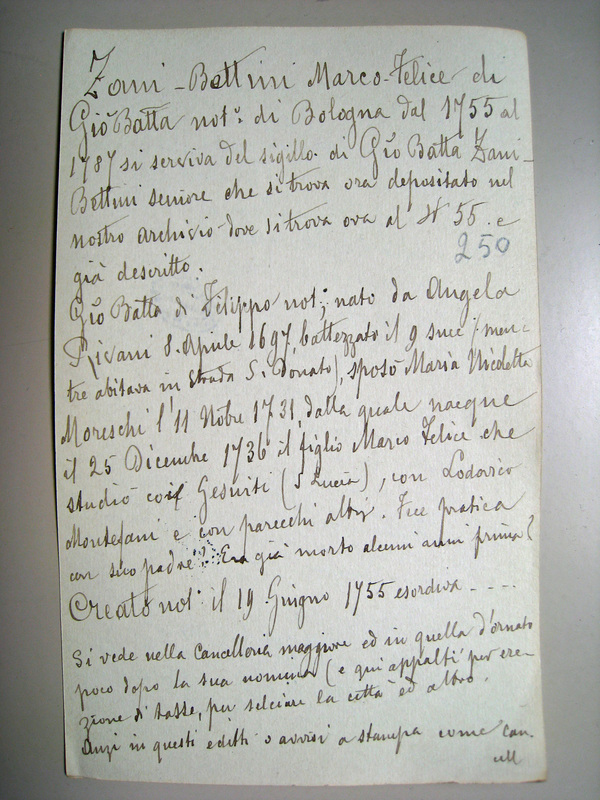 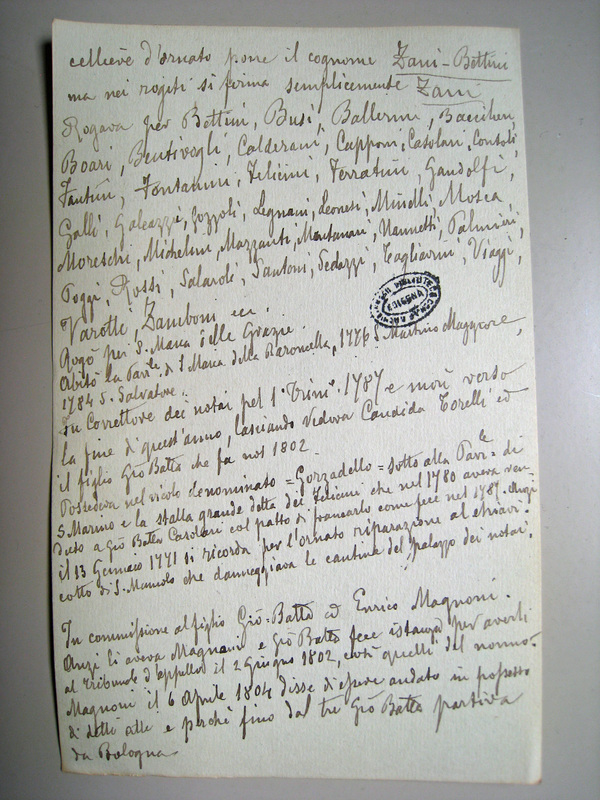 Giovanni Battista of Filippo, notary, was born from Angela Rivani on April 8, 1697 and was baptized the following 9th (while living in Strada San Donato). He married Maria Nicoletta Moreschi on November 11, 1731, who gave birth to Marco Felice on December 25, 1736. Marco Felice studied with the Jesuits (Santa Lucia), with Lodovico Montefani and many more. He practiced the profession with his father. His father died before he became notary on June 19, 1755.

In these edicts or printed warnings, as a  Cancelliere D’Ornato, he used the surname Zani – Bettini but in the registers he signed only Zani.

He rolled out acts for Santa Maria delle Grazie.

He was the notary corrector for the first trimester in 1787 and died in about the end of that year, leaving Candida Torelli a widow and his son Giovanni Battista, a notary in 1802.

He owned a house in the alley called Gorzadello (in the Parish of San Marino) and a big stable called Dei Felicini, that he sold in 1780 to Giovanni Battista Casolari with an agreement to free it in 1787. On January 13, 1771, it is recorded that he repaired the chiavicotto (a small hidden masonry conduit in the body of the street or in another embankment, and used to cross the water from one side to the other) of San Manolo that damaged the wine cellars of the notary’s palace.